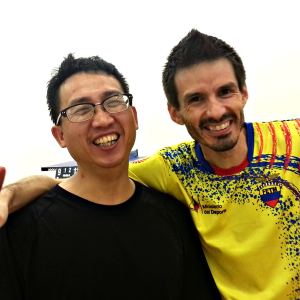 Seven table tennis players came to participate and challenge their skills last Wednesday, amazing matches on this group of people and we want to say thanks to all of them to be part of this weekly event!

Intense game between this 2 good friends, they know very well one to each other. Kuie took the first set 12-10, after that Ron focus on each point and seems that work all well.

See you next Wednesday to play the Equal Challenge Tournament at 6:30pm!