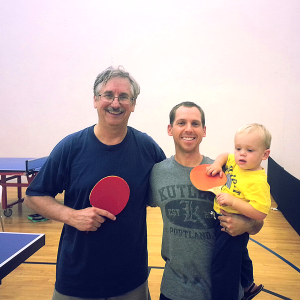 With great participation of 12 players, the Equal Challenge was once again a success in the City of Newport Beach.

All of our players come with a wish of victory, and as you know all the players have the same chance to win.

But how to win the Equal Challenge Tournament?

The Equal Challenge Tournament does not reward the best player, but it rewards the real effort.  And if you became an Equal Challenge Champion, you should feel very proud of it.

Matt Derham decided to pick up a random racket and challenge three opponents, obtaining first place in his group.

Tim Stephens with tight scores against Mike Dolan (3-2) and Gary Jamieson (3-2) won first place in his group.  Great matches by the way!

Michael Vaden, a 12 year old boy training hard to improve his level, for the first time advanced to the final stage. 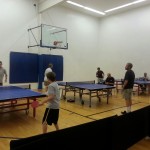 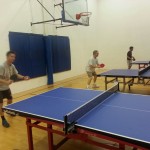 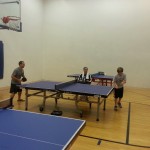 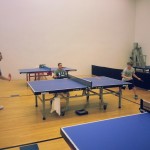 With this three gentlemen are in the final group.

Congratulations Matt Derham!  Now you are eligible to play for the Equal Challenge Progressive Jackpot.

Wondering what is the total?  Like us on Facebook and check out what is the grand total for this week.

For all our table tennis participants, December is a month where  the USA Table Tennis Community has the 2013 US National Championship from December 17 to December 21 in Las Vegas, NV and we wish the best to all  who are going to participate.

On December 25 and January 1, we’ll be closed for the holidays and the Equal Challenge Tournament will start again on January 8.