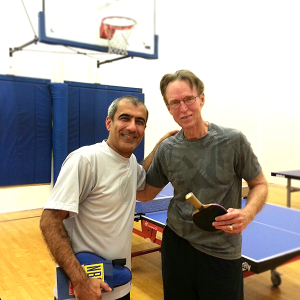 Finding a fun and weekly table tennis tournament in South Orange County is now a reality.  Newport Beach Table Tennis offer every Wednesday night a tournament where the best or the high rated player does not always win.  The Equal Challenge Tournament rewards the effort, and if you became a finalist, you must be proud of yourself.

We want to welcome a new table tennis player Fedor Shorokhov and hopefully we’ll see you this Wednesday.

What would a table tennis tournament be without emotions and tight games? Have you ever asked yourself this question?  Mmm…probably not but we believe that every player deserve a challenging match without compromise.

With 10 table tennis players we started the night in the Newport Beach Table Tennis Club with two groups of five players. 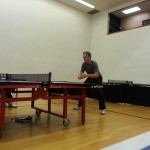 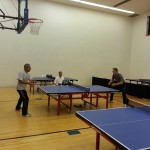 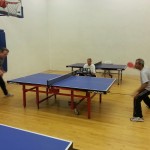 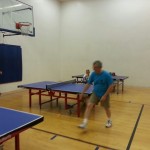 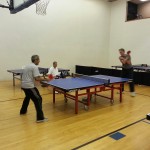 Awesome final!  Both of them got a very challenging match with a score of 3-2.  Check the pictures and the scores.

Doug took his towel every two points and Kia played every point until the end.  Both of them agree that this was not an easy match, but after all the tension, it was a very fun match to watch and play, they said.

Congratulations to Doug Jackson and Kia Kiani as finalists and be a part of the Equal Challenge Tournament.

Come this Wednesday at 6:30 PM to see if Doug Jackson can retain his Equal Challenge Title.  We also have a good news for you:  Our Progressive Jackpot increased this week as well…who will be the winner?